Did any of us need much encouragement to begin our jewel collection? Some of us devote a great deal of time completing our collection, driven by the passion for finding the next great gemstone. Just one more and it will be complete, right? No it won't, there will always be one more; or good heavens...let's just start another collection altogether. Oh, why not?

We may collect by species, type, color, you name it. There's no limit to the ways in which we decide how to assemble a wonderful collection of gemstones. Some people I know collect gems by the region of the world. An "all Asian" collection may have peridot, jade, serpentine, pearl, coral, lapis lazuli and the like. But how in the world did all this get started?

Let's go back to Marco Polo's travels in the 13th century. He wasn't just looking for spaghett - or fire crackers, although those Chinese trophies made for interesting dining and entertainment. He brought back jewels, as did Genghis Khan and Alexander the Great. Jewels, and plenty of them, filled their treasure troves in pre-souvenir-store days when world travelers brought home all things exotic from distant lands.

Since ancient times, traders went in search of rare gemstones to satisfy the appetites of the wealthy aristocrats of Europe. Men were bejeweled up to their crowns in those days. And what an appetite they had for "bling," putting to shame the modern hip-hop star who adorns him/herself with oversized neckwear featuring their names spelled out in diamonds.

To meet this extravagant taste, adventurous explorers set out for parts unknown in search of exotic jewels to grace the robes of royalty. In so doing, they graced their own lives with super-star status in their day.

The Portuguese, and later the Italians, set out across Europe, through Russia, into Persia, and finally to India in search of the largest and finest jewels mined in Golconda, India - the world's first diamond site.

Enter Frenchman Jean-Baptiste Tavernier. In the 17th century, Tavernier set himself apart as a prince of a jewel trader. He undertook six voyages, which took him as far as the East Indies and Java. He was an intelligent man, speaking all the known languages of Europe at the time. Known for his honesty and good character, he was embraced by the people in the Orient. It was there that he amassed a fortune in the trade of precious gemstones. Later portraits of him reveal a robust elder statesman in full Oriental garb, complete with a splendid turban, wide pantaloons, and curly-toed slippers.

Ennobled in 1669 by French King Louis XIV, he took the title Baron d'Aubonne after an estate he bought near Geneva. It is said that he died on a seventh journey, which was to take him to Asia by way of Russia. His book Six Voyages en Turquie, en Perse et aux Indes, beloved by gemstone historians, contains a wealth of information and has been frequently reprinted in several languages.

Romantic stories say that Tavernier stole a blue stone from the eye of a Hindu god statue and, because of that theft, the stone - a blue diamond - was forever cursed. Tavernier was then bilked out of his fortune by a nephew and mauled to death by a pack of wild dogs in India.

Naahh, I don't think so - good story though. The diamond in question made its first documented appearance in 1642 when Tavernier purchased a blue diamond that weighed more than 112 carats and was believed to come from Golconda. Tavernier was not cheated out of his fortune, and he lived to the ripe old age of 84. While there remains no documentation of how he died, I imagine he was quite the raconteur back at the castle in his final days.

This most famous 17th century gemstone merchant, Tavernier used the phrase "gem of the finest water" in describing the finest diamonds and pearls he saw on his six voyages to India. Although Tavernier is long since gone, his impact on the way we communicate gemstones remains. Even now in the 21st century, one can pick up a copy of GIA's Dictionary of Gems & Gemology and find in it that gemologist Robert M. Shipley defines "water" as a term occasionally used "as a comparative quality designation for color and transparency of diamonds, rubies and other stones." Color and transparency together equal "water."

Ah yes, Tavernier had a gift for acquiring and describing gems. And we owe him and his colleagues a great debt of gratitude for introducing the world to the timeless beauty of gemstones. Now that's romancing the stone! 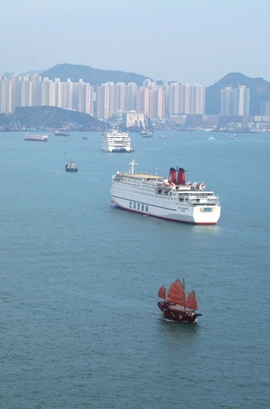