Get a head start on holiday shopping! Enjoy extended returns through January 31st!
Skip To Content

As one of the leading retailers of tanzanite worldwide, JTV remains vigilant in monitoring the tanzanite industry and the impact of international events on this volatile and rapidly changing business. Tanzanite continues to be in high demand, however there may be changes and fluctuations to the available supply of this extremely popular and rare gemstone. JTV is still able to provide tanzanite at this time, but the future of this gemstone is uncertain. There may be an increase in cost and a reduction in available tanzanite for sale due to the following historical and recent developments:

In 1994, the company TanzaniteOne Ltd is formed as the world’s largest tanzanite mining enterprise and controls the largest mechanized area of the mining operation. Due to the company’s mining procedures, there was enough tanzanite to meet worldwide demand at this time, including the strong demand from the cruise ship industry. Shortly after in 1995, JTV began selling tanzanite and soon became one of the world’s most prominent retailers in 2004.

Effects of Artisanal Mining since TanzaniteOne Shut Down

In 2019, the government of Tanzania shut down operations of TanzaniteOne and built a wall around the mining area to discourage smuggling and ensure that revenue from the sale of tanzanite would benefit the Tanzanian government. Tanzanite was still mined in other small-scale artisanal operations, but with lower production of the gemstone. However, JTV was prepared and still able to provide our customers with incredible values on tanzanite through our relationships with vendors.

Currently, the tanzanite mines are almost exclusively artisanal and primitive, consisting of lateral holes in the ground where miners and product are moved into and out of the mines with ladders or ropes. In contrast, mechanized mining operations are capable of digging at significant depths and producing more supply. There has been no significant, mechanized mining in two years and the impact of the limited quantity of tanzanite is already being felt in the marketplace. 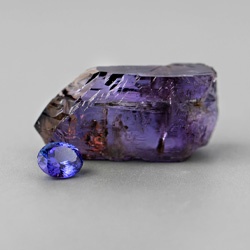 Historically, the cruise ship industry and port shopping thrived on selling tanzanite, but due to the Covid-19 pandemic, the international cruise industry was shut down in 2020. Over the last year, tanzanite vendors who supply the cruise industry approached JTV to help sell their supply of the gemstone originally designated for cruise ships. This situation resulted in JTV being able to offer superior-quality product at exceptional prices for our customers. As the cruise industry returns this year and the tanzanite demand from retailers increases, these changes in the business landscape will impact our availability of this precious product.

Tanzanite prices are dictated by the laws of supply and demand and the value of tanzanite is closely linked to its rarity. In early years, the sporadic and unreliable supply from the tanzanite mines kept prices high, while demand increased with consumers in the U.S. and other markets. The pandemic has dipped into tanzanite reserves and the lower supply leads to a ripple effect for vendors and cutters, which in turn leads to longer wait times for quality pieces. If the production of tanzanite stays at current low levels, global demand for tanzanite may not be met, which would drive the prices up.

It is unknown how the actions from the government of Tanzania or its significant authority over the mining business will impact the flow of tanzanite out of this country and the cost of this treasured gemstone.

India has experienced a significant increase in Covid-19 cases, and it is unknown how the newest wave of coronavirus will impact the cutting facilities in India and international supply chains.

In anticipation of the impact of current events on the tanzanite supply, JTV is fulfilling our customer’s needs by securing the high demand gemstone in other international markets and is able to fill orders with reserve inventory.  JTV will continue to watch this ongoing situation and provide the latest news and updates for our customers. Please see the past articles below for more details and information about the history of the tanzanite market. 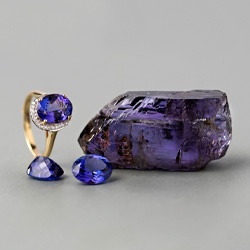 Past JTV Updates on the Tanzanite Market

JTV would like to update its customers about new developments regarding the closure of the world's biggest miner and supplier of Tanzanite by the Tanzanian government. Due to trade restrictions, tanzanite can only be bought and sold at government-run trading hubs. Only two main trading hubs are open and an estimated less than 22,000 carats of all Tanzanian mined gemstones have been processed through these trading hubs for worldwide distributiom. The Tanzanian government has also placed restrictions on smaller scale tanzanite mining operations.

The government of Tanzania has taken several steps to reform the mining industry, including construction of a wall around tanzanite mines along with installation of security cameras and other electronic devices to monitor the movement of this high-profile gemstone.  These reforms have been established with the following goals:

There are still many concerns and uncertainty about the tanzanite industry and the unrest in the mining sector between the government of Tanzania and the miners of large and small artisanal mines.

JTV would like to notify its customers that the world's biggest miner and supplier of tanzanite has been ordered to shut down due to ongoing issues with the government of Tanzania. JTV is unsure at this time of how long the closure will be in effect or how long it will take to resolve the dispute. Edited May 2021 by Wendy Bishop

To understand the tanzanite market, one must consider both the unique characteristics of tanzanite and its history prior to 2010. A combination of four key factors has set the stage for an industry that has experienced, and continues to experience, a great deal of fluctuation.

The four key factors are:

1. Tanzanite is a young gemstone in comparison to others in the market.
2. Tanzanite is found and mined in only one location.
3. Tanzanian government mismanaged the mines in early years and stunted growth.
4. Advanced and ‘westernized’ mining operations have changed the tanzanite business

Many of today’s most popular gemstones were discovered thousands of years ago. Evidence has been uncovered in artifacts and old transcripts such as the Bible. Tanzanite, on the other hand, was only discovered in 1967. Comparatively, its existence to man has been a mere blip on the timeline. In the case of ancient gems, the market has long been established, mines are claimed, popularity already exists, etc. However, the scenario is different for tanzanite, a stone that has seen mainstream awareness for less than 20 years.

Found in Only One Location

The world’s only known source of tanzanite was discovered in the Simanjiro district of Tanzania. Geologists say the chemical environment required to form the beautiful blue gem is so unique that chances of finding the same conditions elsewhere are next to impossible. Therefore, experts estimate the probability of discovering another tanzanite deposit is less than one in a million.

Being found in only one place leads to a couple of problems regarding stability. The quality and quantity of gem deposits will vary as miners slowly dig through the earth’s core. Therefore, the production of sellable rough is not consistent at all depths and no one can predict this variation. Additionally, a natural resource from a single location cannot last forever. Eventually, if other deposits are not located and that seems most likely, it will dry up.

Tanzania is a third-world country that only gained independence in 1964. Since that time, it has experienced a great deal of hardship. In 1971, a young and inexperienced government began to realize the monetary potential of tanzanite, so it took control and nationalized the mines. However, necessary structure was not in place, and quality of mined material diminished. Around that time, tanzanite had just reached the US, resulting in a large and enthusiastic push by famous jeweler Tiffany’s & Co. The erratic changes in supply caused problems, though, which eventually led Tiffany’s to stop promotion. In 1972, the Tanzanian government formed STAMICO (State Mining Corporation) in an attempt to fix issues and capitalize on tanzanite.

That same year, the country was attacked by Uganda, which led to a two-year war. STAMICO’s efforts to begin full-scale mining did not materialize, and while the tanzanite market remained alive, it was quite volatile. Then in 1990, officials split the area into four sections: Blocks A, B, C and D. Blocks A and C were awarded to large-scale operators, while Blocks B and D were reserved for local independent miners. At that time, some organization entered the industry, and it was able to slowly move back into US markets.

Once advanced mining companies began to operate in Blocks A and C, the tanzanite market was forever changed. Their business skills were something small-scale miners and Maasai simply did not have. A level of sophistication was introduced to the industry. These businesses had the resources and tools to make tanzanite an international success.

Tanzanite is mined approximately two hours outside of Arusha, the Tanzanian capital. As mentioned before, the area has been segmented into four sections: Blocks A, B, C and D. From the mines, rough material is sold at buying offices in Arusha and in the outer villages of native Maasai. Next, it travels to cutting facilities, almost exclusively located in India. The finished gems are then sold to jewelry manufacturers and other retailers such as JTV. To truly investigate market conditions, JTV started with the first two links of this supply chain. Our team spent time both visiting the mines and meeting with local suppliers. 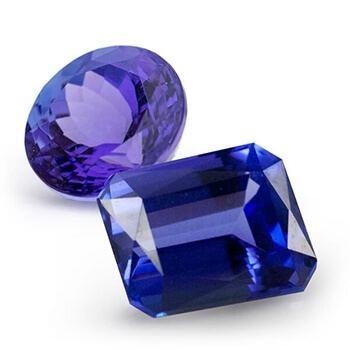