As seen on Spotlight On, a show aired by PBS affiliates.

Did you know there are gemstones that come from out of this world? Moldavite and moissanite are just two gemstones formed from meteorites or meteors. Each was discovered at the site of a crater. 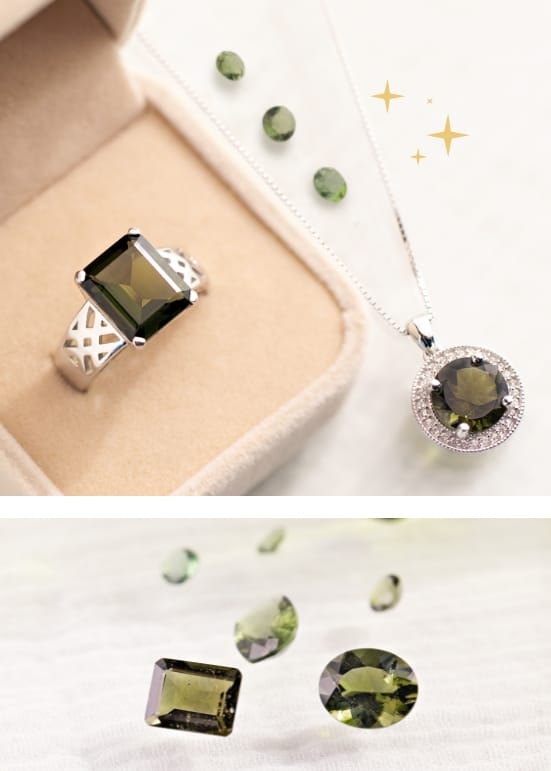 JTV takes great pride in opening the world of jewelry and gemstones to everyone. One of JTV’s favorite celestial gems is called moldavite. Moldavite was discovered in 1786 in Bohemia—now the Czech Republic—and named for the Moldau River. This gem has a rich mossy green color and often has bubble inclusions which are actually filled with air and gasses trapped from 15 million years ago! How’s that for a collector’s item? Moldavite is a unique gemstone for jewelry and a favorite with JTV customers.

"Many people here at Jewelry Television ask me why I love Moldavite. It’s such a basic thing with me. There were only 4 instances in the history of the earth where a meteorite hit the earth with such force that molten material was flung up into the atmosphere about 15 or 17 miles and rained back down. Each one of those places are called “strewn fields where you can find that molten material that has now solidified. Only one meteorite formed a greenmaterial and that green material is what we know as moldavite."

Another celestial gem that JTV customers love is moissanite. In 1893, mineral moissanite was discovered by Henri Moissan while examining rock samples from a meteor located in Canyon Diablo, Arizona. Moissan first mistook these crytals for diamonds, but years later, he identified them as silicon carbide. Fast forward 115 years to 1998. After years in the making, the first lab-created moissanite was introduced into the jewelry market. Lab-created moissanite has a a higher refractive index than a diamond which gives it more fire, and more scintillation--which means it has more sparkle. Moissanite Fire is one of JTV's top selling brands.

"It’s all about the sparkle, right? I think every woman we are drawn to sparkle whether it’s in clothing, jewelry, whether it’s in accessories, home décor. We love the sparkle. Because there’s no other jewel, no other gemstone that sparkles more than moissanite. How can you not wear it?" 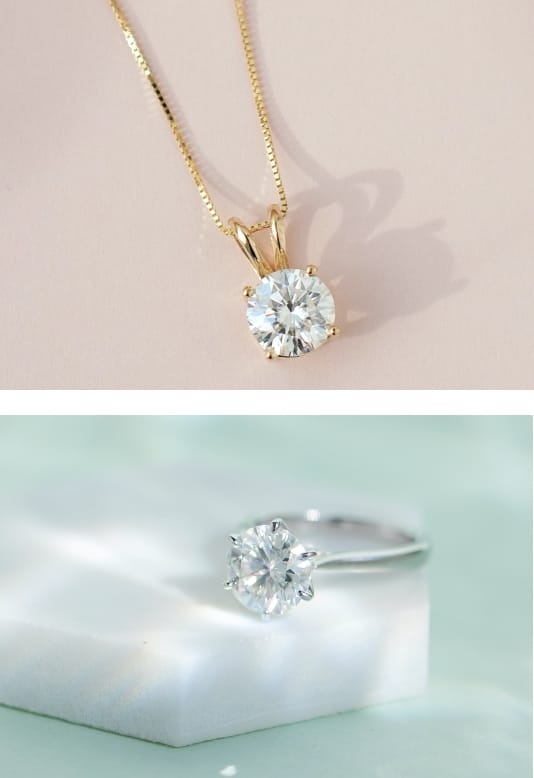